Hello folks and sorry for the radio silence. I’ve had to drastically change my plans over the past few months and put an end to my long-term travels for several reasons, the biggest one being my health. I’ve developed an autoimmune condition known as Alopecia totalis and I would like to use this post to explain what I know about the condition, what I am doing about it and how it has affected my being.

I’ll start at the start. About 9 months ago I noticed a tiny bald patch on my face, above my lip. I thought that was a strange place to develop a bald patch and somewhat of a derivation from the follicle refugee crisis fleeing my desolate scalp into the cosy confines of my upper back, however I didn’t really worry about it. Fast forward to Carnival time in Rio De Janeiro early March this year and things took a turn for the worst. I distinctly recall waking up one morning, my newfound Dutch friends hurrying me up for the 9am block party, or ‘bloco’, we were planning on attending. As I was drying my hair after the surprisingly decently-pressured shower I noticed massive chunks of my hair in the towel. I hopped back in the shower and saw even more hair work its way into the drain with even more hair coming out in the subsequent towel-dry. This was a cause for alarm, but I wasn’t going to let it ruin my carnival, so I donned my friend’s afro wig, put on my best shirt and got on with it.

After the dust settled from carnival I realised that bald patches on the side of my head were not a good look, so I took the plunge and shaved it all off. I barely recognised myself in the mirror but figured this would be temporary so not something I’d have to get used to. I did a bit of research into alopecia (thank you Wikipedia!) and found that not only were there various types – alopecia areata, totalis and universalis, but that there is no cure, it is likely to spread and the hair loss most likely to be permanent.  The cause is understood to be an overactive immune system which has mistaken hair follicles for an infection which must be surrounded and neutralised. I’ve since found out that my immune system hasn’t destroyed my hair follicles but rather surrounded them to stop them from growing – literally taken them hostage. If only my immune system spoke English I would tell it that there’s nothing to worry about and that my hair follicles on my head were on their way out anyway but alas, my gut microbiome, which is comprised of as many cells as I have human cells, and is also where most of our immune system resides, talks a very different language indeed!

The western approach to treating alopecia is through drugs of course – no surprises there. There is completely no consideration of lifestyle factors like diet in the western medical approach – in fact, medical doctors in the US receive no more than 20 hours of nutrition education on average during their entire 6 year medicine degree, with the situation not being all that different here in Australia (I’ve been told by doctor friends that there are no more than 2 lectures throughout the entire degree dedicated to nutrition). Of course, lifestyle factors are a key driver of autoimmune disease. Of course, the food that you eat influences the health of your gut biome and hence your immune system. Being ignorant of this is akin to dropping your car off to get repaired and the mechanic telling you that it doesn’t matter whether you put petrol, diesel or beer into the fuel tank! The ignorance of lifestyle factors and, diet, by the western medical paradigm is astounding, especially when you consider that autoimmune diseases, such as alopecia, affect more people than heart disease or cancer. Furthermore, when you expand this out to include chronic or non-communicable diseases (NCDs) as defined by the WHO also influenced by diet such as diabetes type II and obesity, they account for the majority of deaths worldwide, many of which are preventable. The western approach is to treat the symptoms with drugs or surgery, with little to no consideration to the broader context of people’s lives such as their diet and lifestyles. As much as I’d love to go more in depth about the inability of the western medical approach to treat NCDs, I’ll leave that to Chris Kresser in his excellent book, Unconventional Medicine  (or his recent discussion with Joe Rogan where he covers the same ground if your book list overwhelms you!). Luckily, there is another way, and that way is functional medicine.

Functional medicine, as defined by the Institute for Functional Medicine (IFM), is:

“an individualized, patient-centred, science-based approach that empowers patients and practitioners to work together to address the underlying causes of disease and promote optimal wellness. It requires a detailed understanding of each patient’s genetic, biochemical, and lifestyle factors and leverages that data to direct personalized treatment plans that lead to improved patient outcomes.

This is a radically different approach from the sick-care medical system we currently have in place, which indefinitely prolongs our NCDs by treating their symptoms only (which ironically is good for economic growth!). The functional medicine approach aims to understand the underlying causes of disease and treat it to remission or even reversal through a personalised approach. Essentially, functional medicine combines the holistic perspective completely absent from western medicine with the scientific integrity often absent from many forms of alternative medicine.

As taken back as I was by my alopecia, I was excited to, for the first time in my life, take on a functional medicine approach to treating this condition. I immediately got in touch with a few functional medicine practitioners in Melbourne and asked for some advice as a Skype anointment was not possible, duet to the medical tests that were required. Short of a full analysis, I was advised to switch to an autoimmune protocol diet  which is essentially an ancestral diet of wholefoods absent of grains, legumes and dairy with the additional restrictions on dairy, eggs and nightshade vegetables such as my favorited, tomatoes, potatoes and capsicums (peppers for readers outside of Australia!). The reasoning behind this was to remove all dietary sources of inflammation to my gut and hence my immune system. This proved to be quite easy in Brazil with their ubiquitous buffets which charge by weight, thus making it simple to customize my meals accordingly. My cravings for sweets and carbs were relentless and I cheated so much Lance Armstrong would be proud!

Upon returning to Melbourne armed with many profound learnings from my Ayahuasca retreat  (which I’ll cover in a future post), I dived right into functional medicine treatment. My first appointment with Steven from New Health functional medicine clinic in Kew lasted well over two hours – a far cry from the 15 minute average visit (if you’re lucky) we’ve come to get used to from our GPs. During this visit Steve went through major events in my life that were relevant to my gut health, such as how I was born (Caesarean birth shown to adversely impact gut health and increase consequent autoimmune disease risk), whether I was breast-fed and for how long as well as major stressful events in my life). Readers of this blog and my friends will know that I’ve had quite a few, especially recently, so this was all considered. This first part was almost akin to a visit to my psychologist, but I completely felt comfortable sharing this information as Steven was caring and interested from the moment I sat down in his office. Steven then went through my questionnaire I’d filled out in advance about my lifestyle including my diet, my sleep and exercise habits as well as my work, taking the time to explain how each factor affected my health and alopecia. Finally Steven went through the battery of tests I needed to do and why, from sequencing my gut biome  to understanding my hormonal situation as well as many other bio-markers. Unfortunately, most of these tests proved quite expensive and none were covered by Medicare, so it’s taken me a while to complete them all. Now that’s a truly scientific AND holistic approach dedicated to understanding and resolving root causes. As for the western approach…

Upon mum’s insistence and scepticism at the functional medicine approach I gave in and got a referral to a dermatologist from my GP. The dermatology appointment cost me $300 and lasted not much longer than my visit to the GP to get the referral – 15 minutes. During this time, I was asked whether I had any allergies, was taking any other drugs and not much more. I was then prescribed with an immune-suppressing steroid with a host of side effects. I asked whether stress and diet likely played a part to which the doctor assured me it didn’t, even after admitting her inability to offer a cure for full treatment. She was also rather dismissive and condescending to my pursuing a functional medicine approach. I look forward to coming back to her clinic with a full head of hair, no thanks to her drugs! This brings me to now and I’ll let you know how my medical journey through alopecia pans out.

As for my psychological journey, it has been difficult. As much as I’ve learned to derive my confidence and self-esteem from how I am and not from how I look, the drastic change in my appearance literally overnight still proved quite jarring to both my confidence and self-esteem – at least in the short term, especially as it spread to my eyelashes and eyebrows. I vividly recall staring at my eyelids in the mirror a little high one night thinking to myself how much they resembled those of a lizard! Luckily since reading Jocko Willink’s Discipline Equals Freedom Field Manual I’ve been sticking to a strict regiment of daily working out and yoga which have both boosted my energy and helped rebound my confidence. Coupled with a few positive encounters with spiritually, intellectually and physically beautiful women along the way I’ve been able to come to terms with my new bald reality and get my mojo back!

My friends tell me I have the perfectly shaped scull for baldness and I’m starting to believe them and rock my new look. Finally, my friend and fellow climate activist Andrea’s struggle with leukemia has placed my paltry condition into the perspective I so desperately needed. Besides, I’ve been through much worse so I’ve got no reason but to stay optimistic. 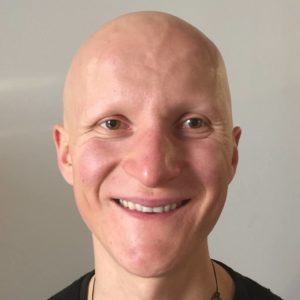 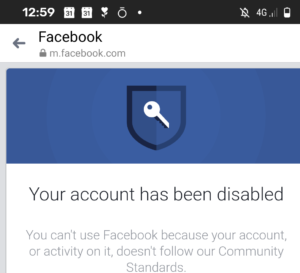 Why I’m stepping down from Less Meat Less Heat